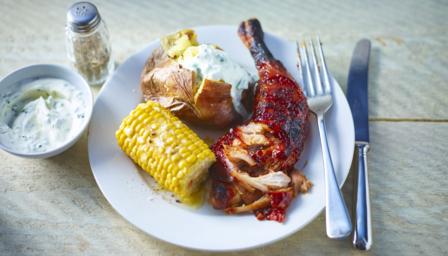 For the pulled chicken

For the barbecue sauce