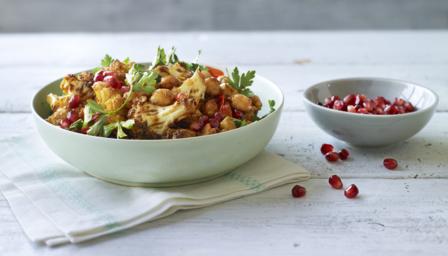 Prep time less than 30 mins
Cook time less than 30 mins
Serves 2
Dietary Vegetarian
by Nigella Lawson
From Simply Nigella
This is one of my favourite suppers, although there’s nothing that says you can’t serve this as a vegetable side. And you could also bolster it further by crumbling in some feta. But for me, it is perfect just as it is.