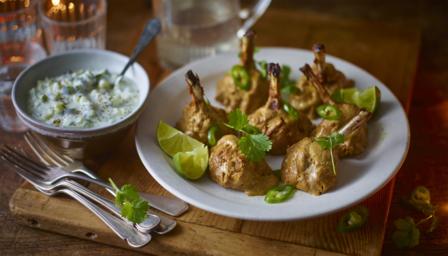 Prep time overnight
Cook time overnight
Serves 4 as a main or 6 as a starter
by James Martin
From James Martin: Home Comforts
These spiced chicken bites make delicious meaty canapés – pass them around at a party and watch them disappear.