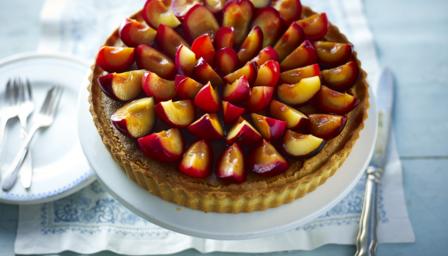 Prep time overnight
Cook time overnight
Serves 8
by Michel Roux Jr.
From Food & Drink
This plum tart will make an impressive finish to a dinner party. The fruit is preserved in jars ahead of being used to top a frangipane-filled pastry case. (This recipe makes enough pastry for two tarts, so keep half in the fridge or freezer for another time.)

For the preserved fruit

For the sweet shortcrust pastry