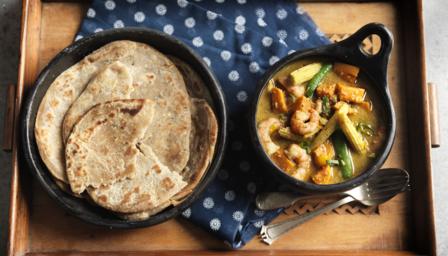 For the chilli roti bread

For the prawn, sweet potato and lime curry