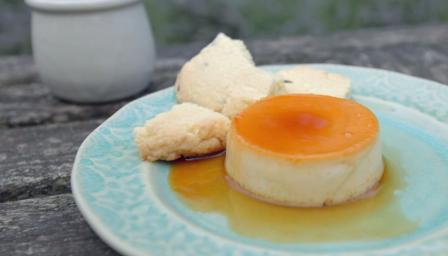 For the crème caramel

For the lavender shortbread