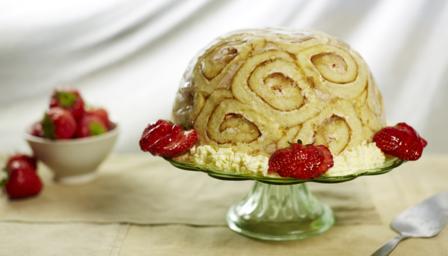 Prep time overnight
Cook time overnight
Serves 10-12
by Mary Berry
From The Great British Bake Off
This kitsch dessert is made up of jam-filled Swiss roll with a set egg custard flavoured with raspberries, strawberries and raspberry liqueur.

For the sponge rolls