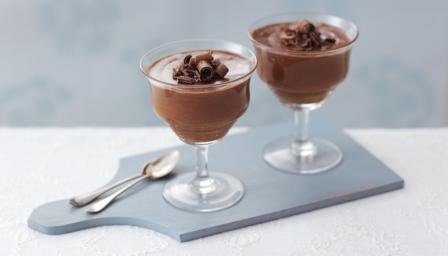 For the chocolate mousse